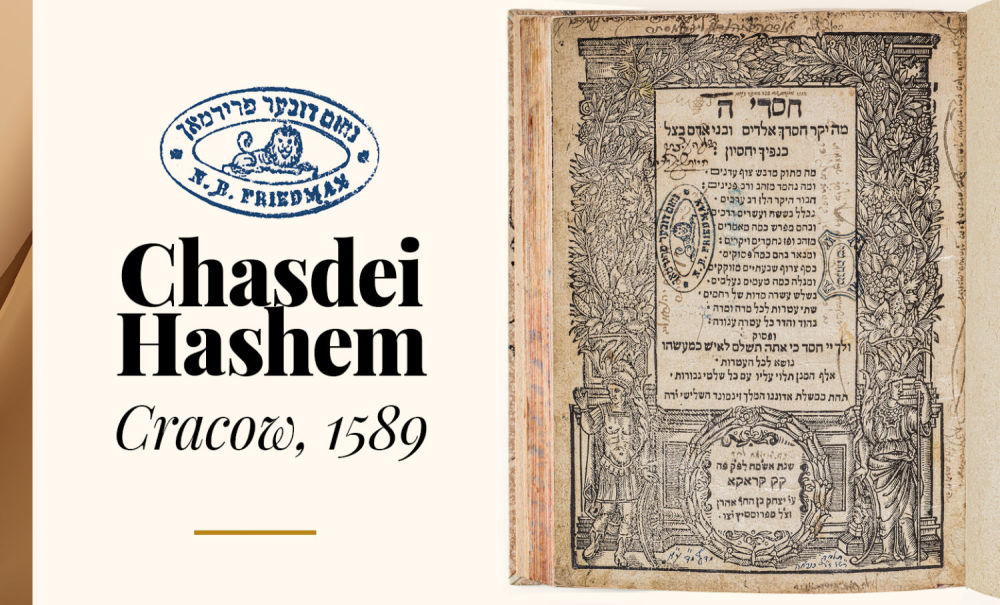 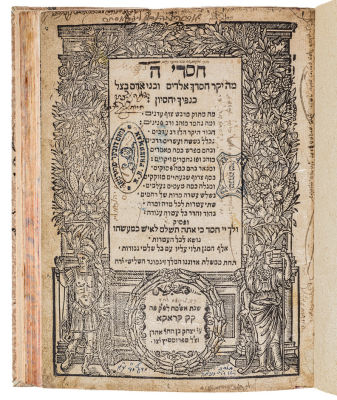 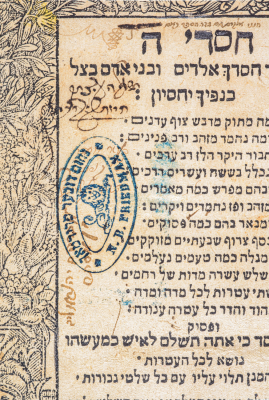 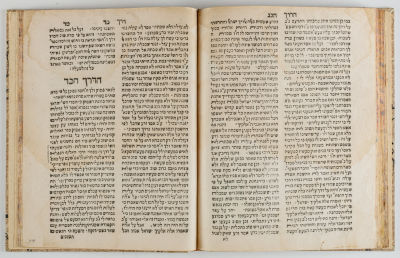 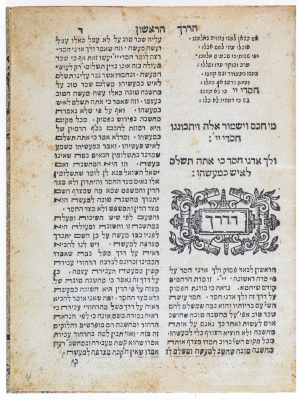 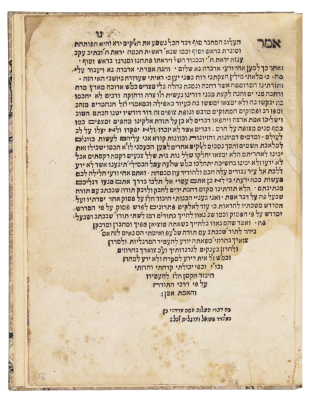 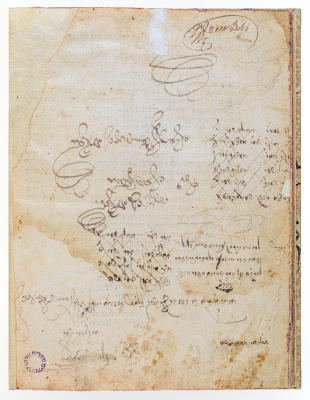 In the present work, the author illuminates the Thirteen Attributes of Compassion in 26 ways, with each Attribute explained in two ways. Each explanation manifests the greatness of Hashem’s compassion and love for His nation.

The kabbalist
Rabbi Moshe Mordechai Margalios (d. 1617) served as Rosh Yeshivah in Cracow for a quarter of a century. He was a disciple of the Maharshal whom he mentions in the present sefer on Leaf 44a.

Rabbi Moshe Mordechai numbered among the greatest kabbalists  of his generation, editing the Zohar Hachadash which was printed in Cracow in the year 1603 and composed several selichos and kinos . His descendants include the illustrious Admorim of the Belz dynasty. He was succeeded by the kabbalist Rabbi Nosson Nutta Shapiro, author of Megaleh Amukos.

This sefer features an array of signatures by its illustrious owners, among them
“Hakatan Yitzchak Chayut of Kremnitz”, who was the Rav of Yaroslav, as well as the stamps of the Admor Rabbi Nachum Berenyu of Sadigura.