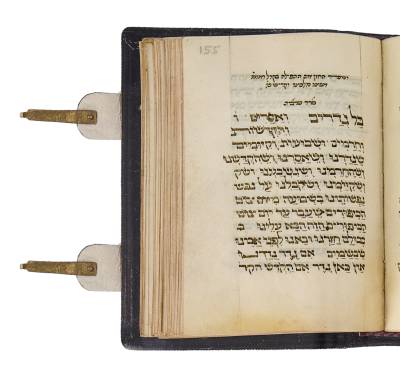 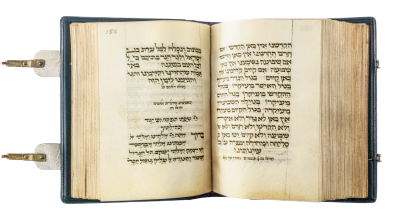 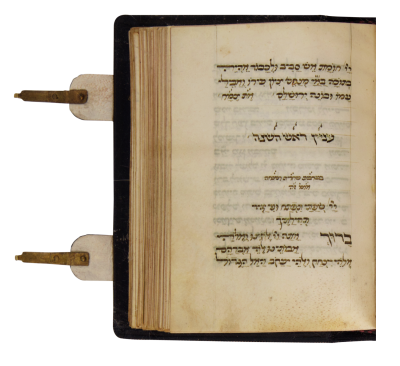 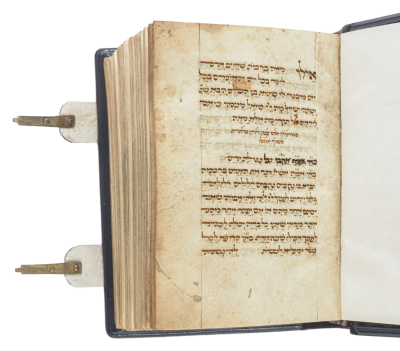 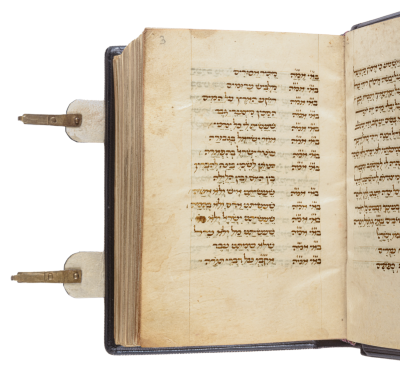 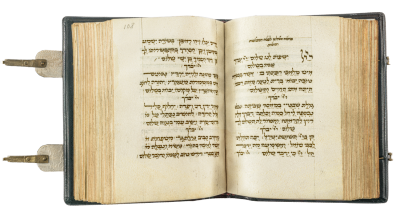 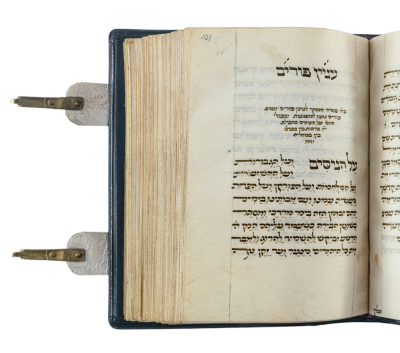 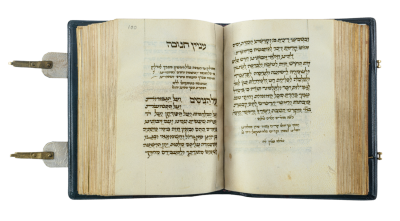 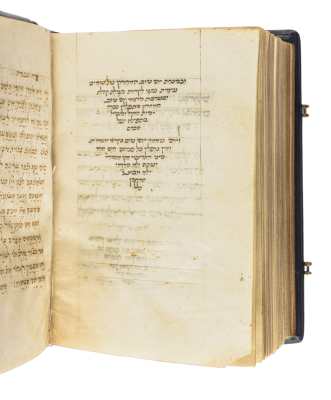 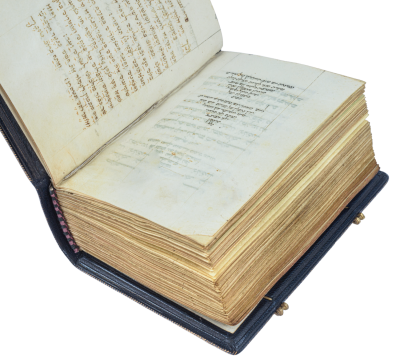 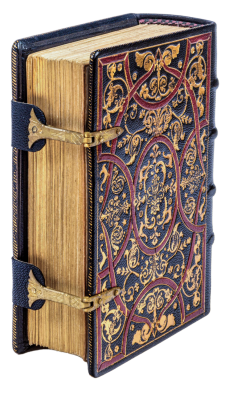 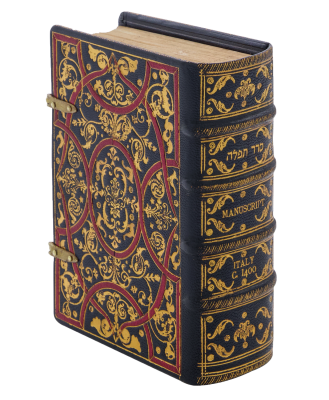 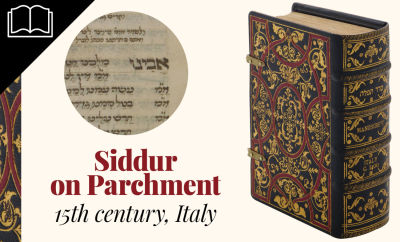 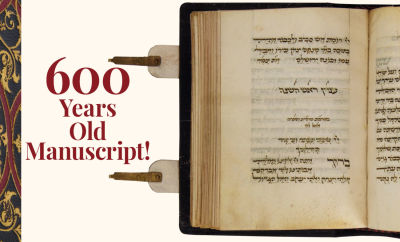 Striking manuscript, beautiful Siddur in excellent condition preserved for over 600 years!
This siddur, inscribed with handsome, medium-size block letters across straight, neat lines on thin parchment, was written in Italy in the early 15th century!
The siddur is ornately bound in a new antique-style leather binding with brass clasps and gilded edges.

The siddur encompasses prayers for the entire year, among them tefillos for Shabbos and weekday, Shalosh Regalim, Rosh Hashanah and Yom Kippur, Chanukah, Purim and fast days, according to the custom of Roman-Italian Jews.

The Italian Jewish congregation, and specifically the community in capital Rome, dates as far back as the era of the Second Temple and was the earliest known Jewish settlement in Europe. From Rome, Jews wandered east and dispersed to France, Germany and other European countries, which led to the growth of many of the famous Jewish congregations in Europe.

Sprinkled among the prayers in this manuscript are numerous liturgical poems unique to the congregation and customs of Roman Jewry. Examples include the poems “Av lo machal” (Leaf 141b); “Av lo chas” (Leaf 142a), “Asufim asufei ashpatos” (Leaf 145a) and more

“Kol Nedarim” (Leaf 155a) known to us as "Kol Nidrei" is recited entirely in lashon hakodesh, which is different to our
minhag to recite it in Aramaic.

Contents of the Siddur:

Instructions regarding prayers in smaller writing without nekudos.

The 3 last leaves of this manuscript, entitled “Seder Avodah, ” were written by a different scribe. Margins of 3 last paragraphs with minor tears and slight loss to margins. Leaf 18 with tear, missing 2 words.