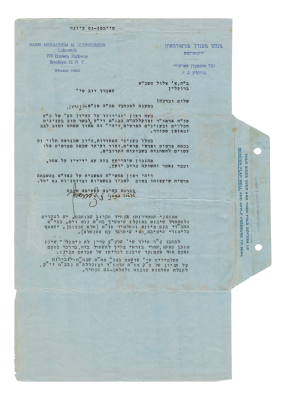 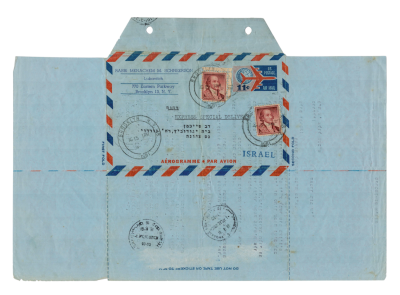 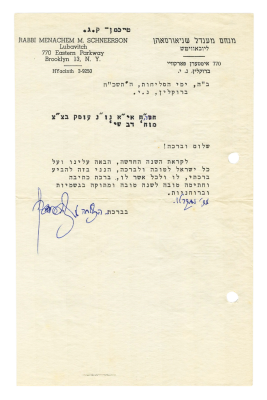 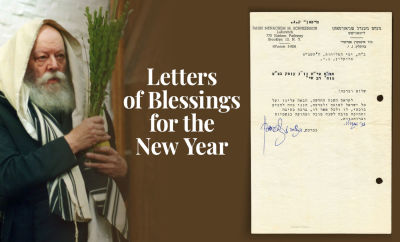 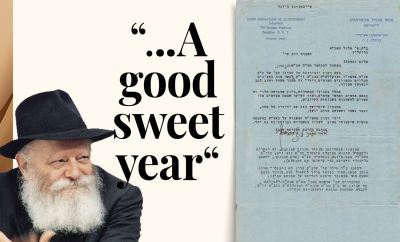 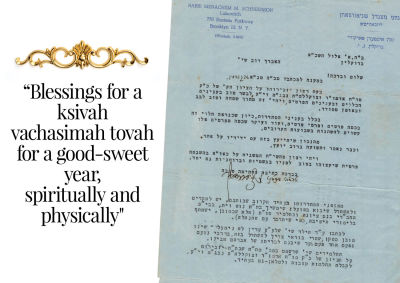 “Blessings for a ksivah vachasimah tovah for a good, sweet year materially and spiritually”

2 Letters of Blessing for the New Year by the Lubavitcher Rebbe
Sacred letters from the Lubavitcher Rebbe, Rabbi Menachem Mendel Schneerson with heartfelt wishes and blessings for the New Year, Autographs and additions in his own handwriting.
1. Letter dated 1 Elul, 5721 (1961) – letter responding to a student in Yeshivas Torah Temimah who wished to arrange activities in the Talmud Torah, and regarding efforts to arrange a circumcision for a child who was not yet circumcised.
The letter, written on aerogram, concludes with the Rebbe’s wishes of “blessings for a
K’sivah V’chasimah Tovah” and several words in the Rebbe’s handwriting.
2. Letter dated “The days of Selichos, 5721 (1961) – Heartfelt wishes for the New Year, with several words added in the Rebbe’s handwriting.
The
Admor Rabbi Menachem Mendel Schneerson (1902-1994) was the seventh Admor of the Chabad-Lubavitch dynasty and one of the foremost Chassidic leaders in the last generation. Until this day, the Torah empire he built extends to countries throughout the world, where his emissaries engage actively in outreach and promote mitzvah observance.
………………………………….
Any inquiries about this lot?
We are available also on WhatsApp >>>