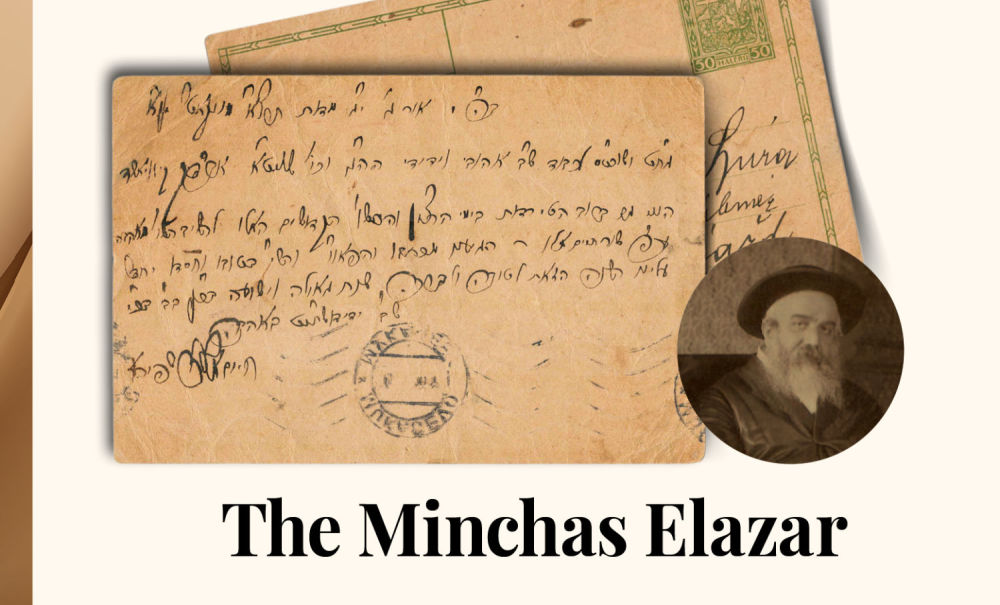 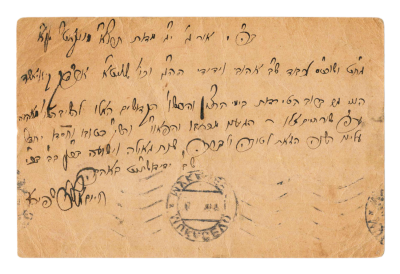 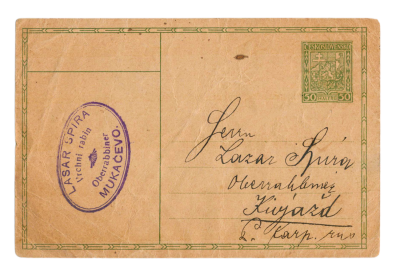 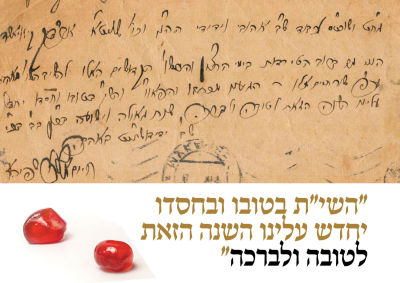 The
Admor Rabbi Chaim Elazar Shapira (1872-1937) was the Av Beis Din of Munkacs and author of the Minchas Elazar. He was revered as one of the greatest Hungarian Chassidic Rebbes in the pre-Holocaust era and fought valiantly to preserve tradition.

A son of the Darkei Teshuvah and direct descendant of the Bnei Yissachar, he was crowned Raavad of Munkacs during his father’s lifetime, and in 1914 as Rav and Admor of the city.

The addressee,
Rabbi Elazar Shapira (1888-1937), Av Beis Din of Kiviashed, was also a descendant of the Bnei Yissachar and a relative of the Minchas Elazar who refers to him in the letter as “she’er besari, my kin”.

Following the Minchas Elazar’s recommendation, the younger Rabbi Elazar was appointed Rav of Kiviashed in 1920. After the Holocaust, he rebuilt his congregation in Williamsburg, NY.

Munkacs, 1923. Handwritten and autographed on postcard. A rare stamp with the Admor’s name appears on the verso.
Good condition.
………………………………….
Any inquiries about this lot?
We are available also on WhatsApp >>>