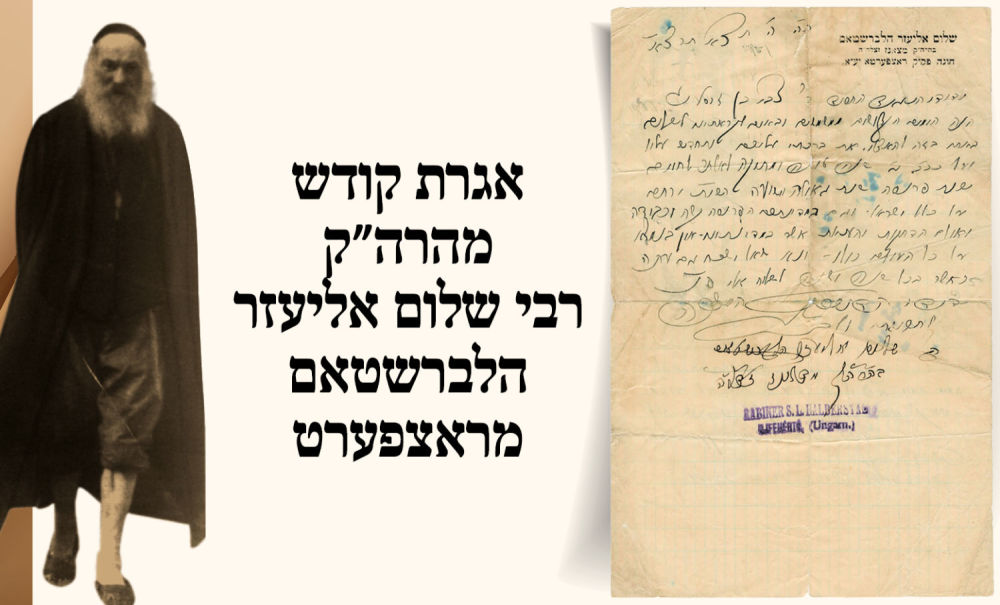 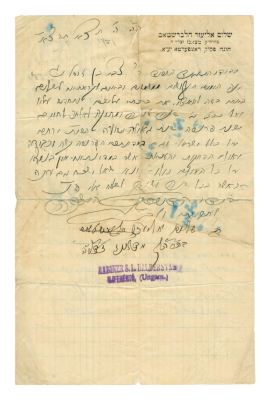 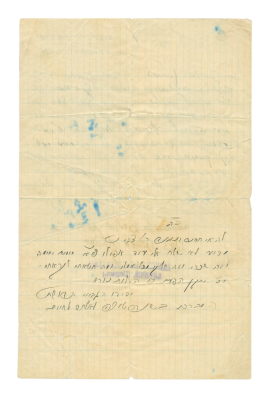 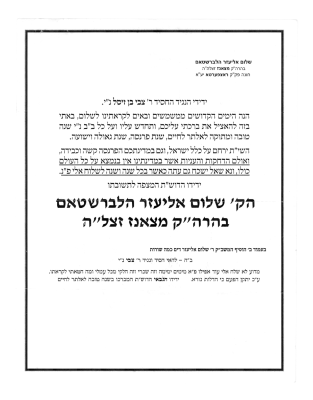 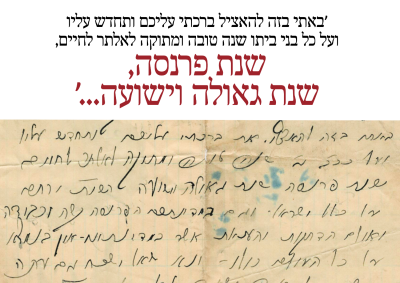 
The Admor of Ratzfert was renowned as a miracle worker whose blessings were inevitably fulfilled. Countless tales of miracles and wonders abounded among Hungarian Jewry regarding the blessings of the tzaddik and his unparalleled love and dedication to every Jew.

Autographed letter replete with blessings for the New Year. “I have come to impart my blessing upon you, that you and your entire family should be blessed with a good, sweet year, immediately, for life and a year of parnassah…”

Later in his letter, the Admor describes that “The distress and poverty in our country is not found anywhere else in the world.”

The Admor Rabbi Shalom Eliezer Halberstam of Ratzfert (1862-1944) was the youngest child of the venerable Divrei Chaim of Sanz born to him in his latter years, nevertheless he still privileged to reap from him bountiful wisdom and sacred ways in his early years of life.

Circa 1900, he relocated from Galicia to Hungary where he was crowned spiritual leader of the Sanz chassidim in Hungary. Rabbi Shalom Eliezer was renowned for his humility, piety and righteousness, and for forty years, drew and led thousands of chassidim in his Holy Court.

In the final years of the Holocaust, he was rounded up along with the Jewish residents of his town and deported to Auschwitz.

Shortly before the aktion, he related that his father had appeared to him in a dream and presented him with the choice of dying al kiddush Hashem or being rescued from the inferno, and he opted to sacrifice his life and sanctify Hashem’s Holy Name.

Rabbi Shalom Eliezer Halberstam arrived in Auschwitz on 16 Sivan, 574 (1944) wearing a kittel and tachrichim beneath his Rabbinical garments, and on that day, his soul ascended to Shamayim in the fires of the Holocaust, Hashem yikom damo.

This letter was written at the Admor’s behest on official stationery in the handwriting and signed and stamped by the Admor. The verso features a personal note from the gabbai.