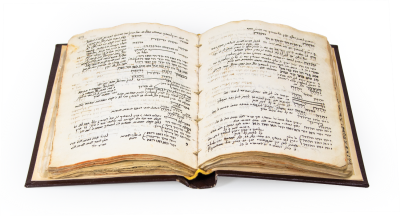 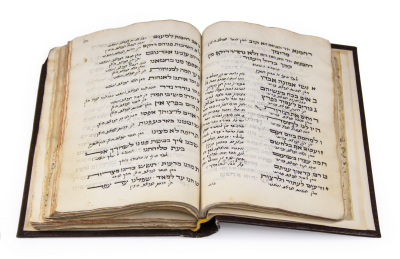 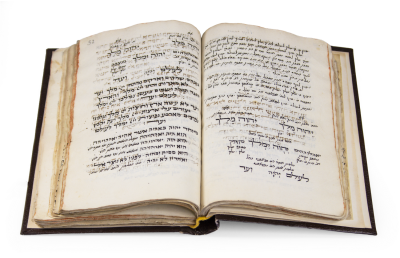 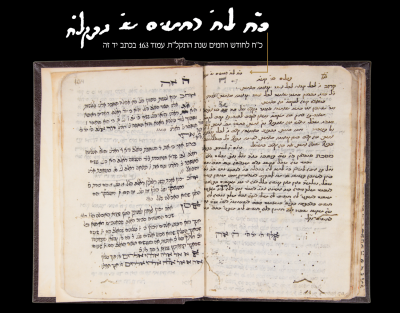 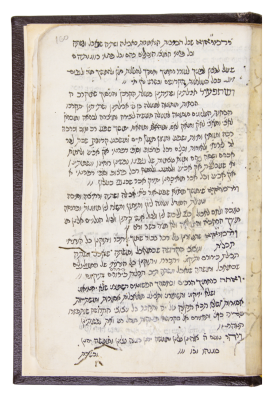 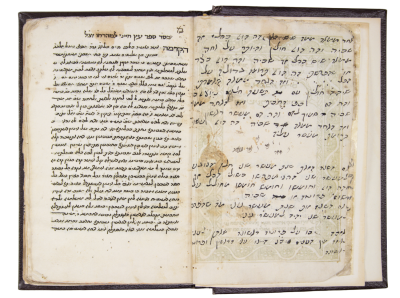 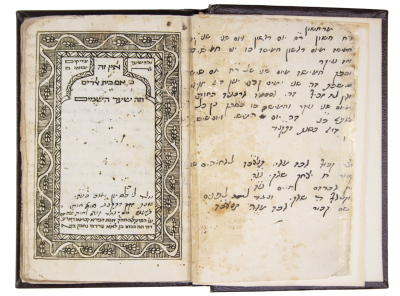 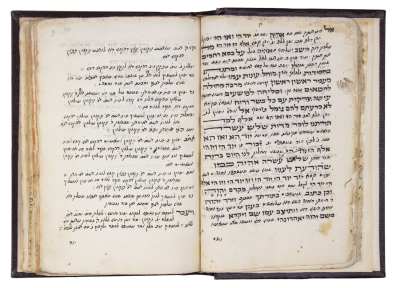 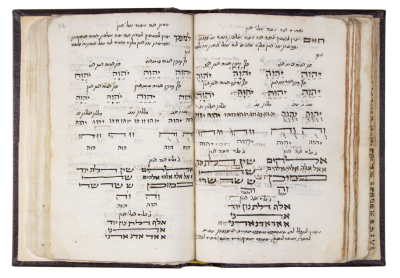 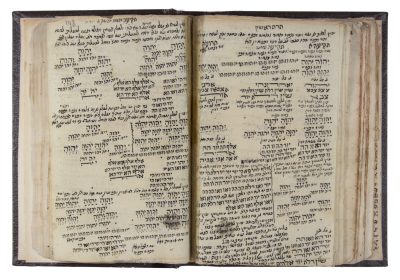 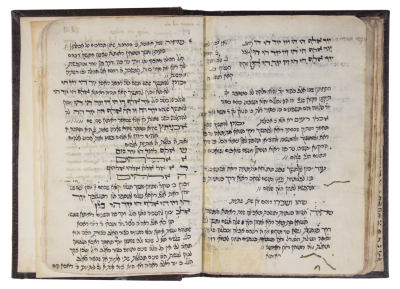 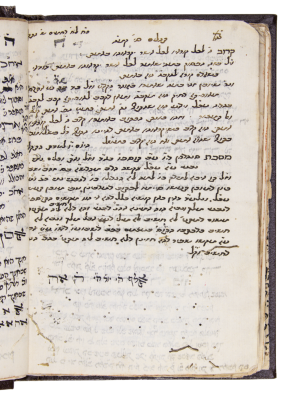 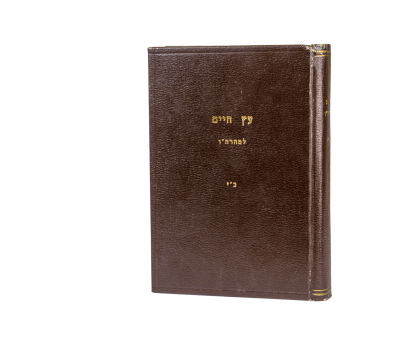 This early manuscript was inscribed during his lifetime and was inscribed primarily by one of the Rashash’s disciples in Midrash Hachassidim Beit-El in Jerusalem.

The end of the manuscript dates the chiddushim presented in the anthology as 1778-1779, although the majority of text was obviously written earlier, during the lifetime of the Rashash who passed away in 1777.

It is well-known that the Rashash wrote his siddur over an extended period of time, in stages, and in multiple booklets. This manuscript encompasses several booklets of the Rashash Siddur copied in the lifetime of the Rashash while he was authoring and expanding the holy siddur haRashash.

The booklets in this anthology are attributed to several scribes, although the majority was inscribed by one scholar whose distinct writing style reveals his Salonikian origins.

It is assumed that the scribe was of Salonikian scholars who journeyed to the Holy Land and settled in Jerusalem where they joined their fellow kabbalist scholars in Midrash Hachassidim. (See list of scholars in the essay attached to the manuscript.)

These booklets were inscribed on blank folios that were meant to be used to copy Rabbi Chaim Vital’s sefer Derech Eitz Chaim, a project that apparently was disrupted.

The manuscript features a title page with the following inscription in the margin:
“By the laborer of this holy work, I, the small and humble David…eldest son of my father Mordechai Nachman.”

The author of this inscription is ostensibly the son of the printer Mordechai Nachman, owner of the print shop in Salonika.

The Rashash’s Siddur
Throughout his life, the saintly Rashash sought to illuminate the Arizal’s teachings and organize his holy intentions in prayer into the Seder Hatefillah, a monumental project that he achieved with the publication of his famed Siddur HaRashash.

This siddur is the first choice of all kabbalists until this very day, guiding a person to focus on the intentions of the Holy Names and the secrets of prayer based on the wisdom of kabbalah.

For further information about this manuscript, see
attached study by the Ahavat Shalom Institution.
………………………………….
Any inquiries about this lot?
We are available also on WhatsApp >>>