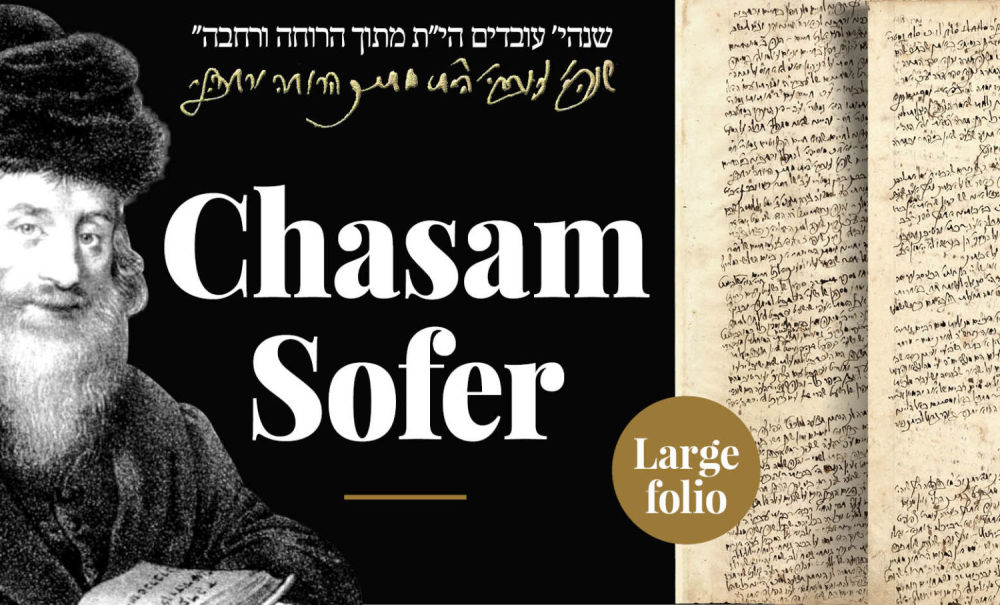 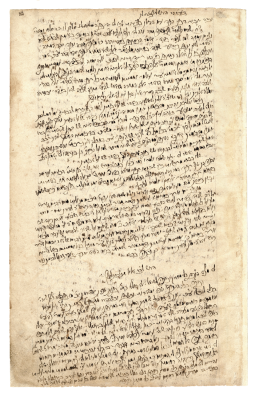 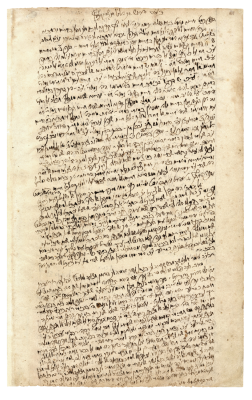 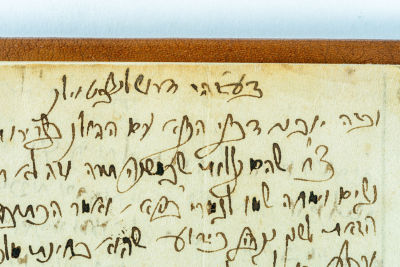 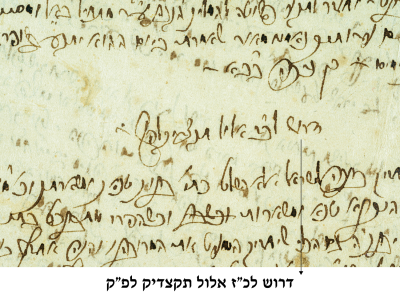 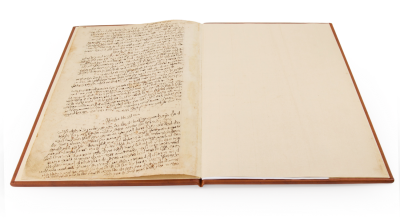 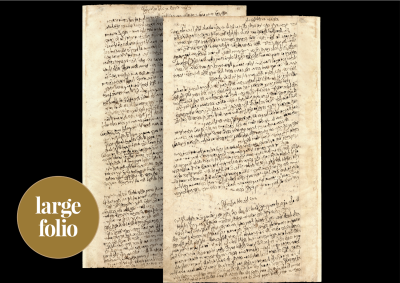 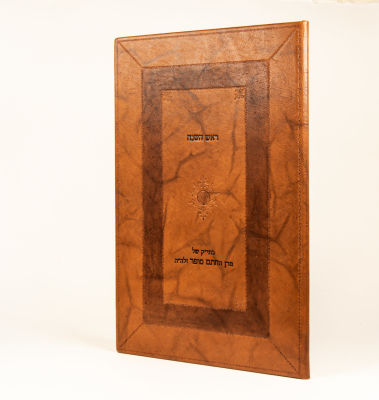 Large, double-sided handwritten folio from the drashos of Rabbi Moshe Sofer, the Chasam Sofer, contains the awe-inspiring words of mussar that he delivered to his congregation in Pressburg in preparation for Rosh Hashanah.

With his stirring drashos, the Chasam Sofer awakened his congregation to repent during these Days of Awe, expanding on the magnitude of the holy days of Rosh Hashanah and of the power of shofar blasts, as alluded to in various pesukim and teachings of Chazal.
His words are spiced with gematrios and pearls of wisdom from the Revealed and Hidden Torah.

The first page begins with the inscription:
“B’ezras Hashem Yisborach Drush for Nitzavim-Vayelech”

These two drashos include the full drashah that the Chasam Sofer relayed on 27 Elul, yahrtzeit of his spiritual master and teacher, Rabbi Nosson Adler, as well as 4 sections of the drashah he delivered during the week of Selichos.

The Chasam Sofer was known to lecture to his congregation only ten times a year, and each time was a long-awaited event described as “Moshe speaking from the Mouth of Hashem.” One of these annual drashos, an awe-inspiring lecture that evoked fear and thoughts of repentance in the hearts of his congregants, took place on the Shabbos prior to Selichos, which usually fell on Parshas Nitzavim-Vayelech, and was delivered in the famous Tzukermandel shul in Pressburg.

The Shechinah Speaks from His Mouth

The Chasam Sofer’s fiery lectures instilled awe and terror in the hearts of all who heard them, inspiring them to rectify their misdeeds and repent. Numerous handwritten accounts depict the rousing scene of the Chasam Sofer standing before the ark resembling an angel, his countenance aglow with compassion and humility, and his words as fiery arrows that penetrated every heart, evoking repentance and desire to serve Hashem. As one author describes, “[The Chasam Sofer] fulfilled what he himself wrote, ‘[When] a Rabbi who preaches and rebukes for the sake of heaven, the Divine Presence speaks from his mouth” (Toras Moshe, Parshas Mattos).

It is known that the Chasam Sofer’s family regarded his manuscripts as amulets for protection and healing (see sources in attached material.) His son, the Michtav Sofer, attested that Maharam Banet would gaze upon teshuvos sent to him by the Chasam Sofer and express “looking at the handwriting of the Chasam Sofer evokes fear of Heaven” (Rav Y. N. Stern in the introduction to Drashos Chasam Sofer).